“A PASSIONATE EXPRESSION OF A CRISIS WITH STIRRING EMOTIONS”

ONE IN TWO
Island City Stage, Wilton Manors
REVIEW: ONE IN TWO
By Tom Hantzarides GET OUT! South Florida
Directed by Delicia Turner Sonnenberg
Written by Donja R. Love 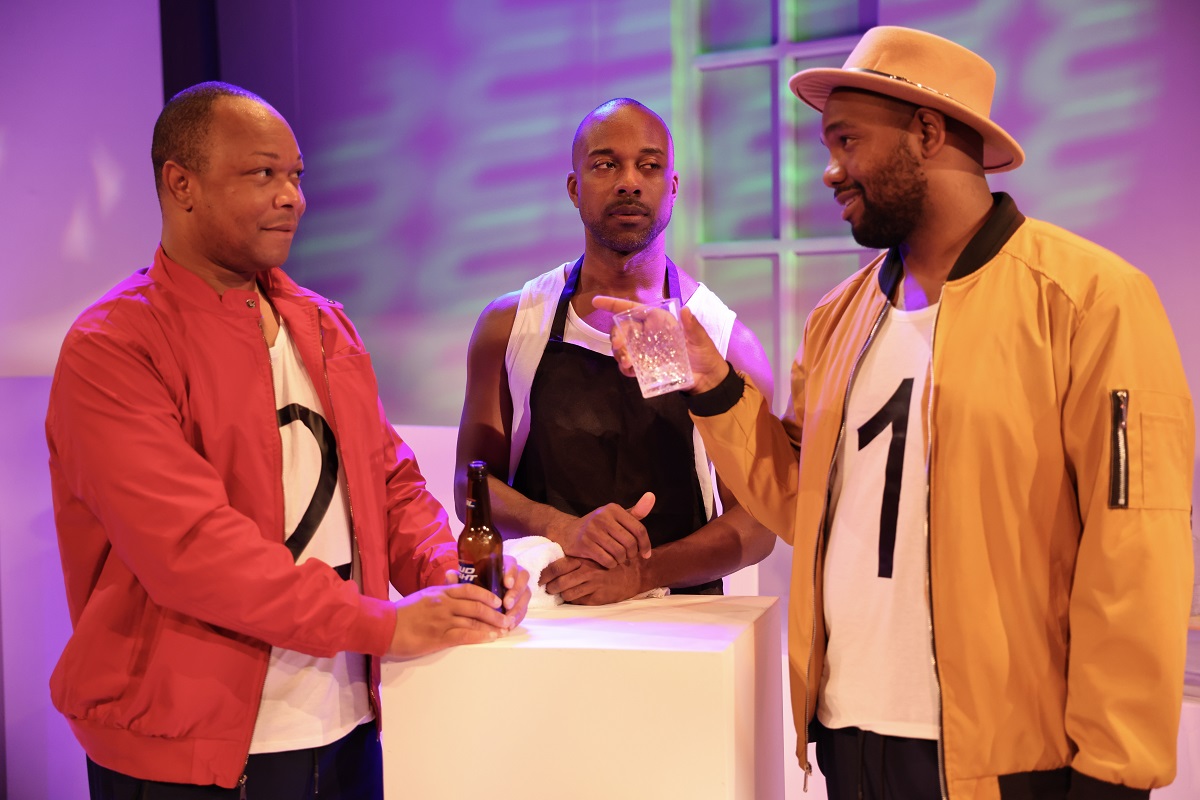 Many of us remember the AIDS epidemic that started in the 1980’s…the desperation, ignorance, lack of care, and the number of people who died from it. However, now in the age of COVID, SARS, and monkeypox, perhaps we forget that there is an epidemic still raging, sometimes in our own backyard.

Donja R. Love’s one in two, running now at Island City Stage in Wilton Manors, is a reminder of the situation that is happening right now. It is a passionate expression of a crisis presented with stirring emotions and wit. One in two Black men are likely to catch HIV.  Opening in a very sterile clinical waiting room, three Black men are pulling numbers waiting for their diagnosis. What happens then is that the audience itself picks who will receive the positive diagnosis. This is quite a challenge for the three actors – each of them immensely talented in their own ways.

Director Delicia Turner Sonnenberg then sends the three actors through various situations – past and present – that a lot of us are probably familiar with: the clubs, alcohol, drugs, sex, suicide, and death. In between there are uniquely funny moments – the typical queen (is there a typical
queen?), a mom, a married man.

Kevane La’Marr Coleman, Nathaniel J. Ryan, and Randall Swinton play the three men. Opening night, the various characters mentioned were played by Coleman (#3). He seamlessly went from one character to another. Swinton was #1 and went through the emotions with a gut-wrenching performance. Ryan was #2 and I would have loved to see him in the other roles as #1 or #3 as well.

One In Two is a emotional story that needs to be told. As the play infers, otherwise we are destined to become a simple statistic.

Island City Stage is in Wilton Manors. Tickets and information at: www.islandcitystage.org