Not every theatrical troupe can handle the bold presentments, sexualized nuances and provocative, cutting-edge themes characteristic of a Tennessee Williams play.

Island City Stage and its artistic director, Andy Rogow, have pulled together a dynamic cast to perform Williams’ intense, gothic mystery, Suddenly Last Summer, for the first time at the Wilton Manors showhouse. The production also pays homage to one of America’s most celebrated playwrights during his birthday month of March. The performance does continue through April 17.

“Tennessee Williams was one of the true titans of live theater over the past century and Suddenly, Last Summer is, without question, one of his most memorable works,” said Rogow, who directs this Williams gem which features an exceptional cast that squeezes every ounce of passion from every scripted word.

“Evoking themes of aging and beauty, hypocrisy, greed, sexual repression and cannibalism, the play is also the one that the author, himself, considered his most poetic,” the director added.

A one-act play written in New York in 1957, Suddenly Last Summer opened off Broadway in January 1958. The show plumbs a vast range of subjects, many untouched or glossed over by other playwrights of the time. For Williams, a New Orleans garden becomes a jungle populated with vicious, growling unseen animals. An innocent Venus Fly Trap plant becomes a rapacious beast.

A new and virtually untried (at the time) medical procedure called a lobotomy takes center stage as sanity and insanity collide in a ferocious battle for familial pre-eminence.

Actually, COVID-19 put the Island Stage production on the shelf for two years, said Managing Director Martin Childers. Williams’ tale of derangement and greed was about a week away from beginning its run in 2020 when the pandemic shut down virtually every live stage around the globe. Despite the pause, the show maintains its full measures of haunting appeal. 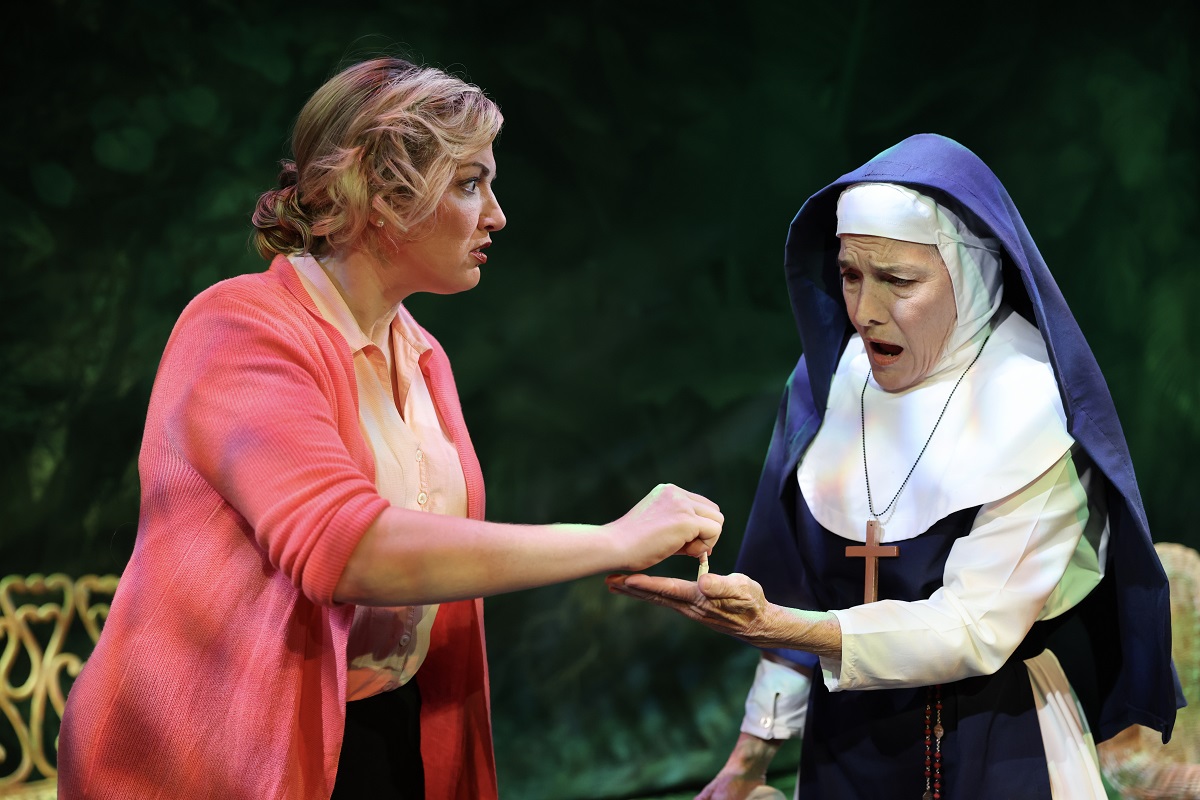 Set in New Orleans during 1936, the play revives a southern charm of yesteryear that is soon decimated by a family of characters who prove that blood is not necessarily thicker than water – particularly when money and reputation are at stake.

The show pits Violet Venable (excellently portrayed by Angie Radosh) and her niece, Catherine Holly (another stage powerhouse, Jeanine Gangloff Levy) against one another in a pitched battle to salvage the character of Sebastian Venable, Violet’s son, whose tragic death the previous summer in Spain has become a hotbed of mysterious circumstances that stand to ruin Sebastian’s otherwise impeccable standing.

The outcome of this battle of wills will forever cement Sebastian’s legacy. Was he a brilliant artist, devoted son or sexual predator? What really happened on the beach in Spain suddenly, last summer?

Catherine was the only family member who witnessed Sebastian’s horrific death at the hands of poor, savage children who inhabit a restricted area of the beach behind barbed wire. What Catherine saw is so gruesome that it steals her sanity, and she’s locked away in St. Mary, a mental asylum supervised by nuns. 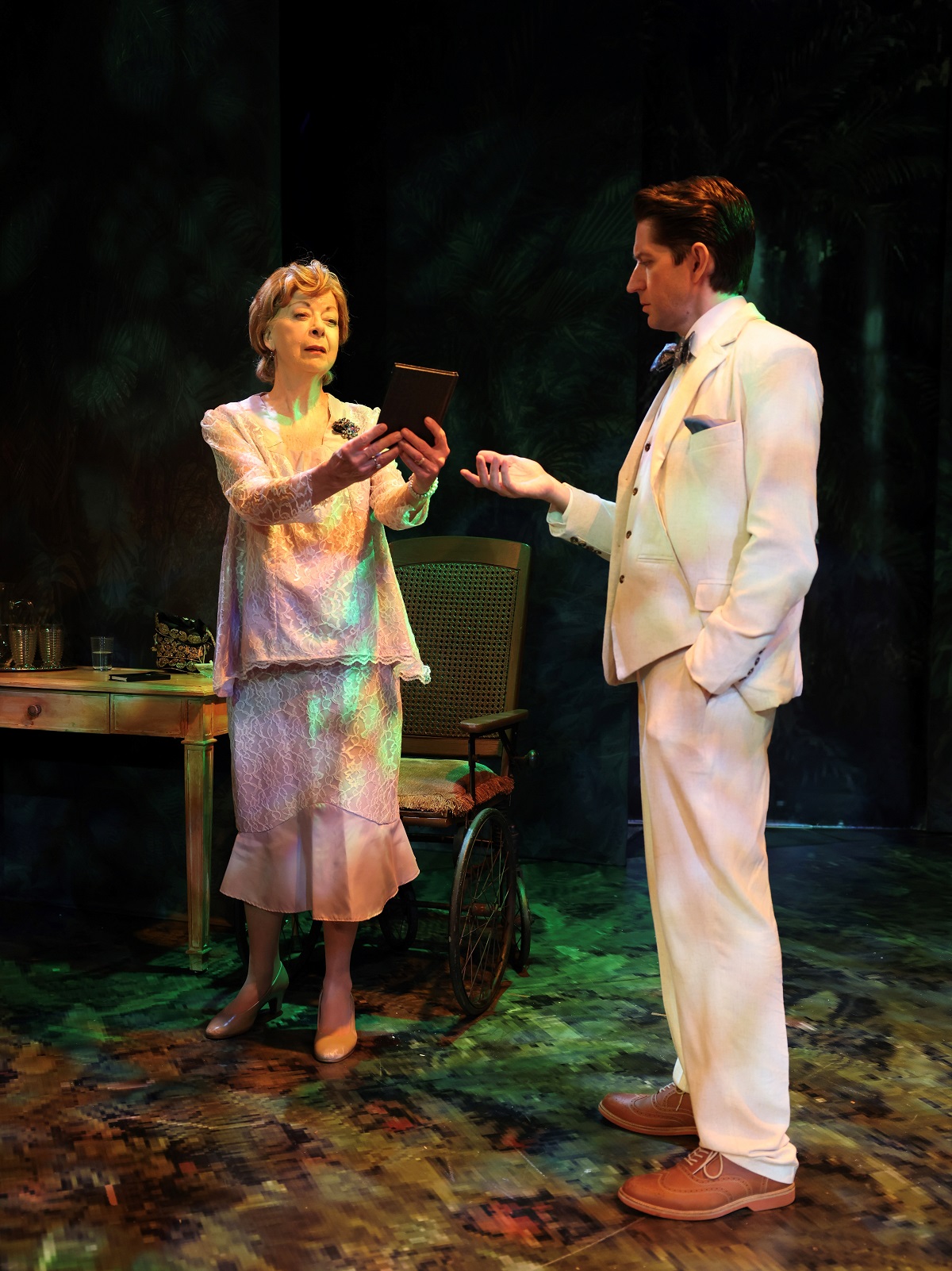 Violet Venable is intent on sanitizing Sebastian’s legacy, so she meets with a young psychiatrist Dr. Cukrowicz (Jonathan Furedy) to discuss a lobotomy to “cut this hideous story from [Catherine’s] brain.” Catherine’s kin are also eager to suppress her version of events so they can collect big bucks from Sebastian’s will, which Mrs. Venable has kept in probate.

With visions of a hefty donation from Mrs. Venable, a prominent local socialite, the doctor hears her out, but truly wants to listen to Catherine’s version fully. A meeting is set with Mrs. Venable, Catherine, Catherine’s mother (Lisa Kay King), her brother (Christian Vandepas) and Sister Felicity (Carol Caselle).

The young woman’s cathartic confession about the fatal events in Spain is truly intense, leaving cast members on stage as well as audience members drained. The hushed scene also features another medical miracle new to the scene – truth serum. After the doctor injects Catharine, she proceeds to give a scandalous account of Sebastian’s moral dissolution and the events leading up to his death, how he used her to procure young men for his sexual exploitation by forcing her to wear a white swimsuit that became sheer when wet.

The action is particularly extreme for actresses Radosh and Gangloff Levy, whose emotions are pushed to the breaking point. With angst, tears and off-the-chart unease, Gangloff Levy rips through the script with fierce fortitude, describing how Sebastian was set upon, mutilated and partially devoured by a mob of starving children after running up a steep hill on a “white hot” day, jeopardizing his weak heart.

The finale, in which Catherine earns some measure of justice, is something of a relief after such verbal jostling. Plaudits are in order for three-time Carbonell award-winner Radosh and for Gangloff Levy, whose efforts are daunting. The full cast, which includes Laurie Tanner as Miss Foxhill, pitches in.

And with scenic design by Ardean Landuis, Andy Rogow and scenic artist Juan Prieto, the broad expanse of Williams’ work easily fits onto the diminutive Island City Stage without compromise.

Suddenly, Last Summer continues through April 17 at the Island City Stage, 2304 N. Dixie Highway in Wilton Manors. Tickets start at $35 and are available at islandcitystage.org/suddenly-last-summer, by calling (954) 928-9800 or emailing md@islandcitystage.org.